A COUNCILOR has launched a campaign to tackle anti-black racism within the Labor Party.

The CAA came into existence in response to the release of the Forde Report which found evidence of a “hierarchy of racism” at work within the party.

The campaign kicked off on Friday with a protest in Parliament Square. The protest was attended by Stoke Newington MP Diane Abbott and Streatham MP Bell Ribeiro-Addy among others.

Protesters in Parliament Square
Afriphobia is a term used to describe the prejudice, hostility and racism experienced by people of African or Afro-Caribbean descent, Cllr Bossman-Quarshie said.

Compiled by Martin Forde QC, the report also suggested that Labor staffers were working to undermine Jeremy Corbyn’s chances of winning a general election when he was leader of the Labor Party.

According to the report, anti-Semitism had been used as a “faction weapon” by both the right and left of the party in the internal struggle for control.

Cllr Bossman-Quarshie said she fears this means allegations of anti-black racism are not taken as seriously as other forms of racism.

Bunhill’s adviser said her party’s leadership had been largely ‘silent’ since the report was released and she said her ‘frustration’ at the response inspired the CAA.

“We are not to be tolerated but accepted,” she said of black Labor members, adding that her message to Labor leader Sir Keir Starmer was: “Come work with us, let us take a seat at the table We need cultural and political change.

The CAA recently published an open letter to Mr Starmer condemning his ‘silence’ and calling for ‘recognition that there has been endemic anti-black racism within the Labor Party’. The letter continued: “We await public acknowledgment of this and an apology.”

The CAA also hopes to see anti-black racism raised as a key topic at the next Labor Party conference later this month.

“When we talk about BAME, it’s a broad umbrella. We’re not talking specifically about Afro-Caribbean and African people. We talk about anti-Semitism and Islamophobia but Afriphobia is not on the radar. 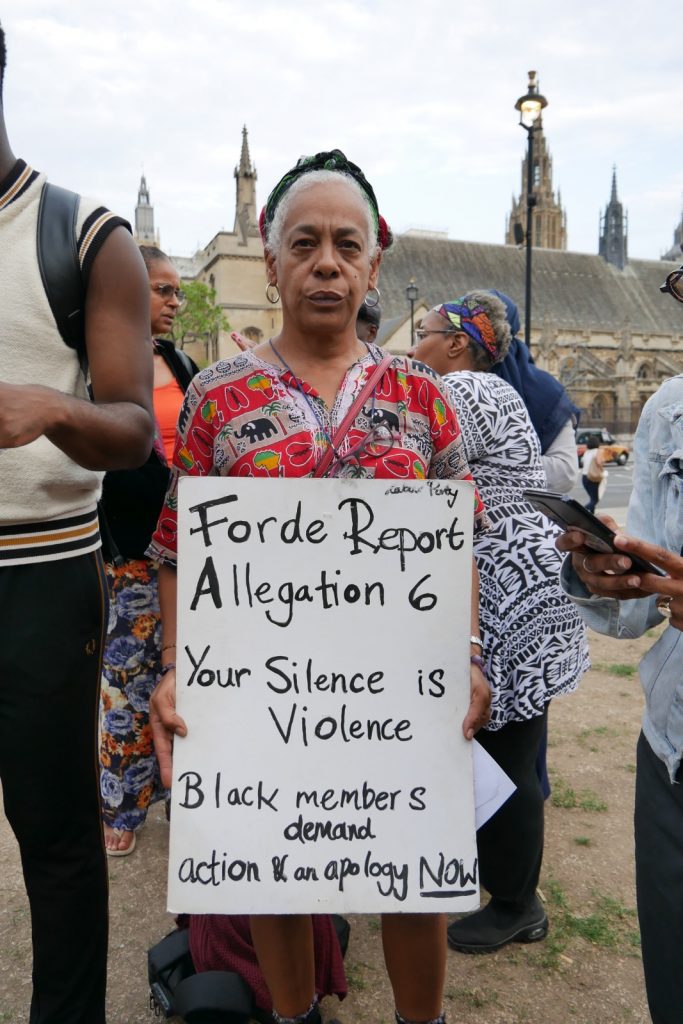 A Labor Party spokesperson said: ‘We are proud of the changes that have been made under the leadership of Keir Starmer and David Evans, but there is no room for complacency so we will always look for ways to improve. improve our culture and practices to support all Protected Features. .

“In April 2022, we launched our new independent complaints process which ensures that complaints about all protected features will be decided impartially and fairly. This is a crucial step on Labor’s journey to build confidence in our commitment to combating all forms of discrimination, as well as tackling sexual harassment.

“This is in addition to other work within the party to address discrimination and improve our culture and practices, including the implementation of a new Code of Conduct on Afrophobia and Anti-Black Racism in November 2021 and a new code of conduct on Islamophobia in July 2021.

“The party has also set up a Diversity and Inclusion Council with its union and staff networks, chaired by the general secretary and supported by external experts.”