A long and bitter battle for privacy when nature calls to a busy truck stop has taken another bizarre turn.

Truckie’s solicitor Wes Walker has spent the past 14 months campaigning for toilets to be installed at the Gatton Heavy Vehicle Uncoupling facility in west Brisbane.

He brought his own porcelain throne, on which he sat in full view of passing motorists along the Warrego Highway, in a dramatic protest that drew widespread support.

Mr Walker thought he had finally won the ongoing saga when two portable toilets mysteriously appeared at the $18million facility, only for the Queensland Department of Trunk Roads and Transport to demand the unauthorized toilets be withdrawn and threatens to fine the company responsible.

The government has since backtracked and allowed the gates to remain on short notice, much to the relief of hundreds of drivers who use the facility to drop off heavy loads before continuing their journey.

Mr Walker has pledged to personally clean the toilets every day at his own expense in the hope that the toilets will remain permanent.

“It should be a human right to have a bathroom or a toilet here,” the disabled pensioner told Seven News.

“When mother nature calls, especially with older people, you have to go to the bathroom.

“I will clean the toilets every morning because that’s what these people deserve. I only say what they say.

The other drivers are equally relieved.

“It’s better than doing it on the grass or in the paddock,” one man added.

“What do we have to do to get permission?” It cost them nothing (TMR),’ he told the Big Rigs National Road Transport newspaper before the government backtracked.

‘What do I have to do? I tried hard and hard. Bless their hearts that did.

“The people who carry this country are treated like second-class citizens. It has to stop. 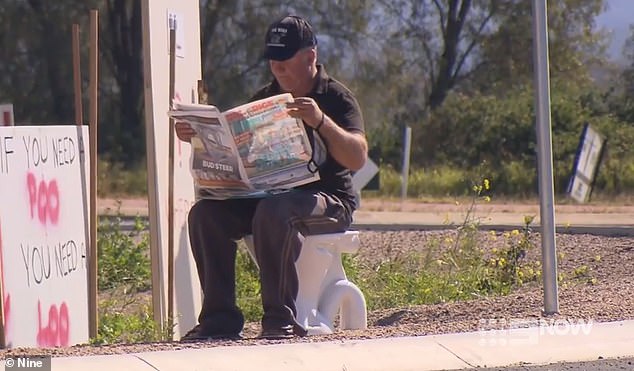 The Queensland Government hailed Gatton’s heavy vehicle decoupling facility as a boost for the freight and heavy vehicle industries when it was unveiled last May.

The facility was designed to make it easier and more efficient for drivers to disassemble and reconfigure their trucks before continuing on the Toowoomba Range or towards Brisbane.

But the state government faced a massive spraying of drivers after they failed to install a toilet at the site.

The department argued that it did not want the facility to also be used as a rest area and drivers to be able to use the toilets at the BP service station down the road.

It also installed CCTV to issue fines to drivers caught leaving litter or relieving themselves on the spot. 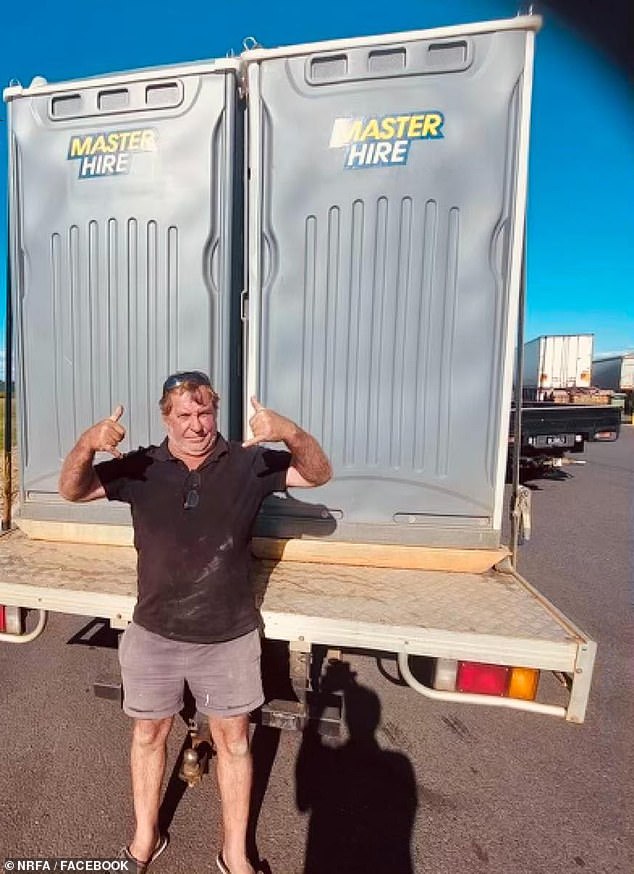 The two portable toilets will remain for now after a Queensland Government backflip, thanks to the persistence of Wes Walker (pictured with facilities)

“Well, can I say it gives me the shit,” Mr Walker told A Current Affair a year ago.

“I’ll be honest, I cried a little…I’m an emotional man, that’s not true. They [truckies] are the lifeline of the country.

“We know how important it is to the freight industry that heavy vehicle rest areas and decoupling areas are safe and suitable,” he said.

I spoke with Senator Glenn Sterle and received an update on conditions in the Gatton Decoupling Zone, highlighting the need for on-site sanitation facilities.

“I am committed to working with Senator Sterle, Transport and Main Roads and the heavy vehicle industry to find a permanent solution at the site, and have entered into discussions with my department on how best to proceed.

“In the meantime, portable toilets will be returned to the area. 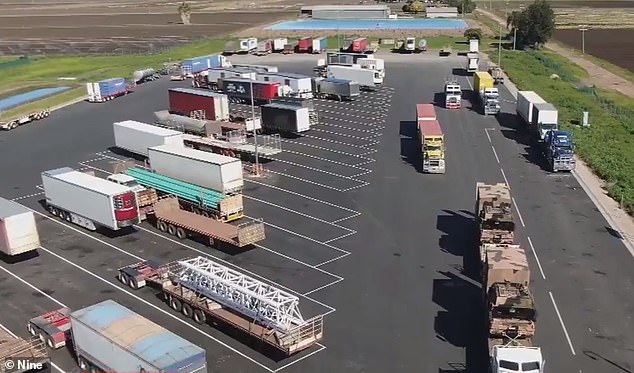 The National Road Freighters Association Inc hailed Mr. Walker as a legend on behalf of the trucking industry.

“On behalf of the NRFA, including the transport industry as a whole, we would like to thank Wes Walker for all his efforts in highlighting the lack of toilets at Gatton Pad,” he wrote on Facebook.

Your passion and “never say die” approach caught the attention of the right people and ultimately common sense prevailed.

‘Thank you Wes. You are a legend.

However, there could be another twist with the saga far from over.

The University of Queensland operates agricultural programs and a research station on the surrounding lands it owns nearby.

He expressed concern about the biosecurity risk posed by human waste and toilet litter.

“The design of any future sanitation facilities on the site will need to consider a number of factors including the area’s proximity to the University of Queensland Agricultural Research Station,” the Minister for Roads added, Mr Bailey. 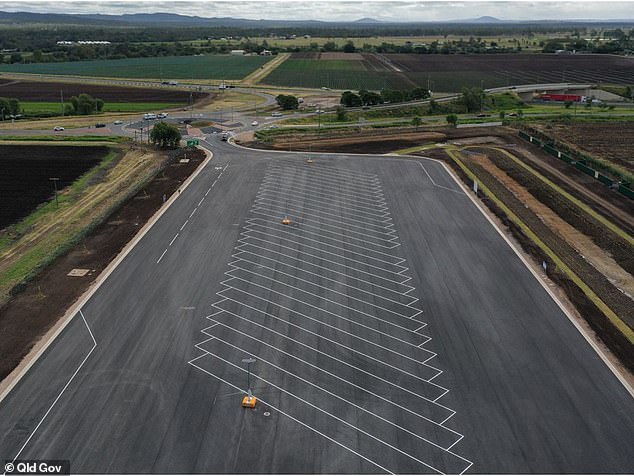